Poetically political—even before its adaptation into film more than two decades later, V for Vendetta was already a cult classic among readers. Set in a fictional, post-apocalyptic United Kingdom, the story follows mysterious masked vigilante "V" and his fight for revolution against the oppressive fascist government Norsefire. 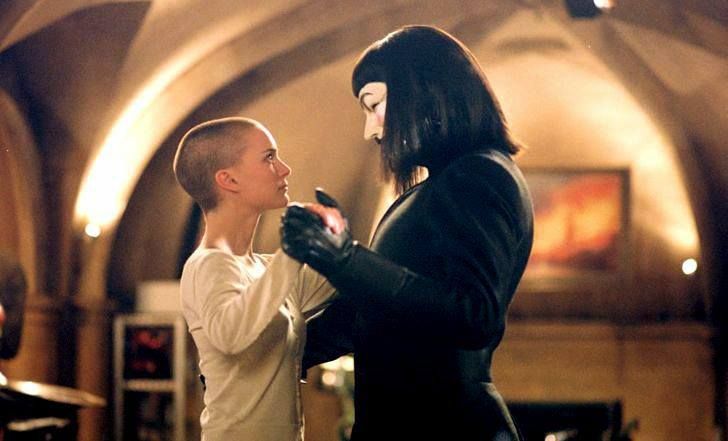 The graphic novel by Alan Moore was eventually adapted into a film in 2005 by The Wachowskis, known for their works on The Matrix and Cloud Atlas. The film stars Hugo Weaving, Natalie Portman, and John Hurt. (Photo: Courtesy of Warner Bros. Pictures)

Alan Moore's alternate universe envisions the country, or what is left of it, in a totalitarian future functioning as a police state. All who oppose authority, if not exterminated, are put into concentration camps. V, a thespian anarchist in a Guy Fawkes mask, starts his intentionally theatrical and violent crusade for vengeance against the people who wronged him and to spark an uprising and ultimately take down the corrupt government.

Viewers may notice V's love for theatricality and the arts scattered throughout the film. Wearing a novelty mask in his likeness, his rebellious campaign against the state is patterned to Fawke's lethal (but failed) attempt to blow up the British parliament on November 5th, 1605—something V wishes to finish.

"...once you had the freedom to object,
to think and speak as you saw fit,
you now have censors and systems of surveillance coercing your conformity
and soliciting your submission.

...words will always retain their power.
Words offer the means to meaning
and for those who will listen, the enunciation of truth. And the truth is,
there is something terribly wrong
with this country, isn't there?"

Whether Guy Fawkes is a face of revolution or treason all depends on where a person's perspective lies. The mask, on the first layer, can be seen simply as a way to protect V's anonymity. Running rampant in its entirety are the symbolisms, metaphors, and messages portrayed both subtly and transparently. 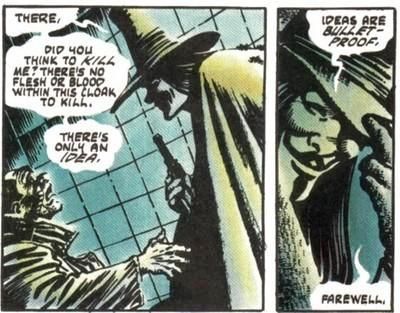 V for Vendetta was originally made for the comic anthology series Warrior that ran between 1982 to 1985. (Photo: Courtesy of DC Comics)

The protagonist convinces the people to remember the idea, not the man behind it, and that V can be anyone and no one: a persona. It comes as no surprise that the movie, along with the iconic mask, became an ubiquitous image of protest around the world.

"War. Terror. Disease.
There were a myriad of problems
which conspired to corrupt your reason
and rob you of your common sense.

Fear got the best of you and in your panic,
you turned to the now High Chancellor Adam Sutler. He promised you order.
He promised you peace. And all he demanded in return was your silent,
obedient consent."

Well-written and revolutionary, V for Vendetta is an art piece that persuades an escape from unjust control and to rule for themselves. Through stunning visuals and wordplay, its idealogical impact has proven to be so charismatic and powerful—any or every aspect of it is plucked at, unavoidably present wherever social and political unrest exists.

V for Vendetta is available for streaming on Netflix and for rent and purchase on YouTube Movies.