Studio Ghibli's reputation for light-hearted and family-friendly movies deters from this animated drama. A heavy and haunting film on the fatalities of war, Grave of the Fireflies is often proclaimed to be one of the best war films ever made.

The 1988 film was able to help set a deeper meaning to animation, as animated films have been deemed childish or only for younger audiences in the early days. A powerful movie taking place towards the end of the Second World War and the air raid of Kobe City; a young boy, Seita, narrates the story of him, his little sister, and their struggles of surviving Japan in the midst of war.

This animated classic served both as a symbolism and a platform for the movie's director, Isao Takahata, to tell his stories and his first-hand experience from the war in his coastal town of Okayama.

The movie is a classic not because of its sad tone and dark atmosphere—its unrelenting portrayal on the consequences of war and how it affects the innocents has deemed the movie a symbolic metaphor with a powerful message. With the world's current issues it has still proven itself applicable, with discussions still vibrant decades after its release. 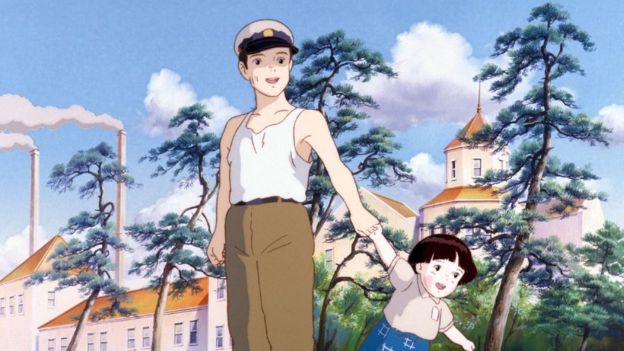 Grave of the Fireflies is available for download on iTunes.