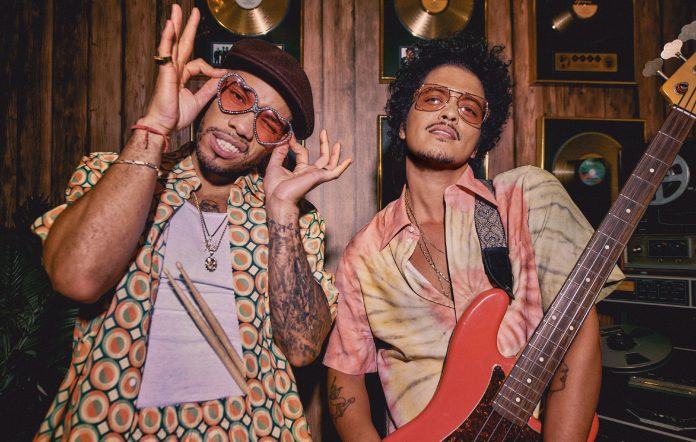 Bruno Mars and Anderson .Paak's R&B duo Silk Sonic release the second single off of their upcoming album An Evening With Silk Sonic, scheduled to arrive this year.


The dreamy collab started back in 2017 during Mars' 24k Magic World Tour when Anderson .Paak opened during one of his shows. Four years later, the group made their stage debut at the 2021 Grammy Awards with their first single 'Leave the Door Open' as well as winning Best Group at the 2021 BET Awards with just one song to their discography.

The new song 'Skate', which they fittingly describe as a summer jam, takes home a sound that throws it back to the era of disco and nightclubs, featuring mid-tempo pieces, infatuating guitars, groovy drums, and old-school vocals that remind us of those ever-entertaining 70s disco movies. They even top it off with a nostalgic, retro-themed music video that purely radiates feel-good vibes—what better way to show that through rollerblading?